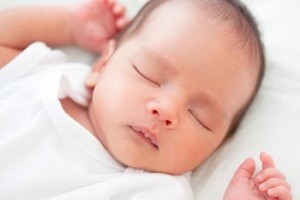 SIDS, or Sudden Infant Death Syndrome, is potentially one of a new mother and father’s greatest fears. It is a gut-wrenching terror that you will leave your child to sleep soundly only to return to a lifeless body. All the causes of Sudden Infant Death Syndrome (SIDS) are still unclear, but doctors have identified that SIDS can occur when an infant rolls onto their stomach restricting airflow to their mouth and nose.

You may wonder, why would a child rolling over to their stomach be a cause of SIDS? This is due to a child of this age not having the muscle tone and strength to return to laying on their back. In fact, they are unable to lay on their side when sleeping and can easily smother themselves if falling into an incorrect position. This is why many parents will only place the child’s crib in their own bedrooms when he/she is able to control their body movements. 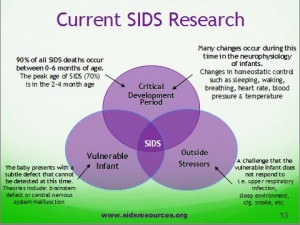 While many parents choose to ‘keep an eye’ on their child, there are certain positions doctors have advised to reduce SIDS occurring. It is highly recommended that parents place their infant on his/her back to sleep. It is also recommended that the child sleep on a hard surface instead of a soft one. Yet, irrespective of the correct positions and softness of a bed, one may still be concerned with the issue of sleeping and smothering. Certain devices are used to help reduce infant deaths in this case.

Although parents will use different types of products such as specific mattresses, the more popular ‘parenting aids’ are monitors. Baby monitors are often used to detect and infant’s breathing, and any disruption in the pattern can alert a parent to possible difficulties. However, these breathing monitors have not been noted as the most effective safeguard for SIDS. One option beyond the breathing monitor is the movement monitor.

A movement monitor is very much like a breathing monitor in that it tracks an infant’s physical behaviors. This type of monitor will detect a baby’s movements and inform a parent if the child has stopped moving. The question remains, is this a positive or negative device and can it prevent SIDS?

According to the Food and Drug Administration (FDA), no baby products of any sort can prevent Sudden Infant Death Syndrome; however, the monitors can help lower the risk of SIDS occurring. Whether it is positive or negative remains a personal decision, but many parents have agreed that detecting an infant’s motion (or lack thereof) is beneficial in safeguarding against SIDS.

Sudden Infant Death Syndrome affects approximately 4,500 infants per year, according to the Center for Disease Control; and while baby products have not been deemed official health aids, they are still used by parents as safeguards. It is important to understand how one can use these parenting aids, why you should use them, and how (or if) the ones you choose can benefit you and your family in the long term.